Svalbard – It’s Hard To Have Hope

0
We’re totally psyched to have an exclusive edition of the upcoming 2nd Svalbard LP called “It’s Hard To Have Hope”.

Along with the pre-order they released a brand new video for their newest track “Unpaid intern” including an essay from Serena regarding unpaid internships in the UK – here.

Whilst the lyrical content is central to SVALBARD’s make up, the music is equally not to be overlooked. Whilst refining their distinctive blend of euphoric black metal, post rock and d-beat, the band have incorporated a few more surprising influences along the way this time. From soft, mournful singing to (dare we say) progressive guitar leads, It’s Hard To Have Hope showcases a sensitive dynamic that lends impact to its most crushing moments – of which there are undoubtedly many.

SVALBARD were formed in Bristol in 2011. They recorded 3 EPs and 2 splits before releasing their debut album on Through Love Records/Holy Roar Records in 2015. Described by Metal Hammer as “one of the UK’s brightest sparks” the quartet have toured extensively throughout the UK and Europe, with the likes of Oathbreaker, Downfall of Gaia and Enslaved. 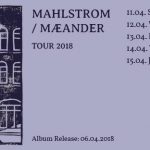 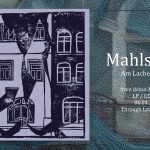