0
Rådjuret (translated „Deer“) is Veronika Nilsson, from Stockholm, Sweden. On September 7th her self-titled debut album will be released.

Rådjuret plays some kind of melancholic lo-fi with classic indie melodies. Veronika recorded the songs in her tiny rented room in Bredäng, a suburb to Stockholm where she lived at the time. She played zither and sang on the original version. Crille Olsson added drums, bass and an organ in the album version. The lyrics of the songs are in Swedish exclusively and the LP includes a sheet with small drawings for each song made by Rådjuret herself – a drawing of what the song is about.

This record is really special to me since I can’t understand a single word but the music combined with the singing is giving me a very special feeling falling in love with this one. 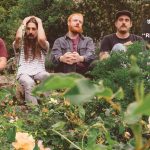 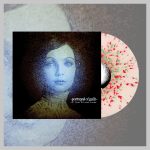