Nessel’s members already knew each other from previous projects such as Archivist, Knife Eyes and Mahlstrom. Gestalt is their first joint effort, somewhere between shoegaze, black metal, indie and post-hardcore.

The album starts with a flight forward, gets lost in the abysses and problems of the individual protagonists and outlines a man-made dystopia, alternating between crystal clear and gloomy passages. From sprawling shoegaze soundscapes to black metal borrowings. Gestalt was recorded during last year’s endless limbo and produced by Steve Frenzel in Nuremberg. 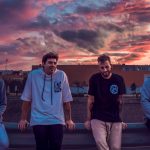 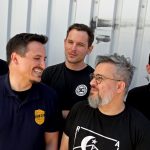